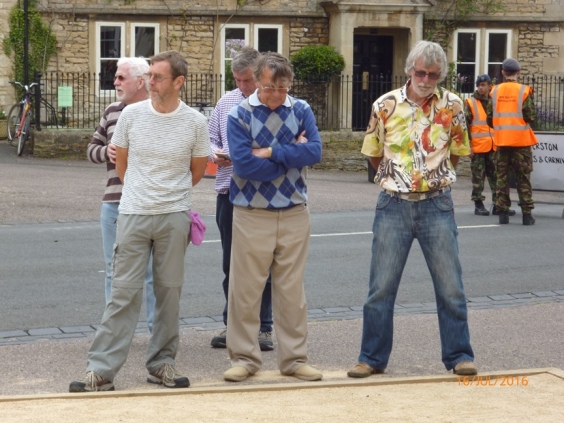 Hankerton entered its first-ever team in the Sherston Boules festival on Saturday July 16.

Playing under the name Petanqerton (I’ve been waiting ages to fit that in somewhere!) the team of Terry Mockler, John Edwards & Brian Dalton won their first game 11-5 , then were narrowly defeated in the second 9-11, but concluded that we had put in a creditable performance.

Some considerable brain-power was used, as can be seen by the pensive expressions on the attached pic !

An enjoyable time was had by all: how about we enter more teams next year?

This site uses Akismet to reduce spam. Learn how your comment data is processed.