Hankerton villagers killed in the Battle of the Somme

1st July 2016 marks 100 years since the start of the Battle of the Somme. There will be many commemoration ceremonies, the largest being at the Thiepval Memorial. Here 72,194 officers and men of the United Kingdom and South African forces killed in the Somme and with no known graves are remembered. This ceremony will be attended by senior members of our royal family.

Two of our villagers perished as a result of their injuries in the battle. Some of you will have read about them in the 2014 Hankerton History Group exhibition in the church, but here is a reminder. 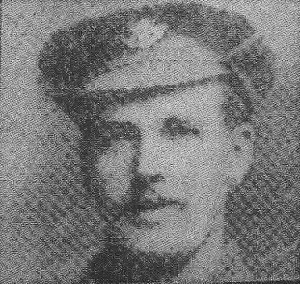 Thomas Henry Smith was born in 1892 and lived in one of Hankerton Field cottages. His father, William was a cowman and Thomas, their youngest son worked for Messrs Fraser of Malmesbury Nurseries before enlisting in September 1914. He was attached to the 10th Worcester Regiment and had seen active service in France since July 1915.

The first day on the Somme 1st July 1916 was the opening day of the Battle of Albert. The object of the attack was to capture the German First and Second positions from Serre, south to the Albert-Bapaume road. There were many attacks and counter attacks resulting in meagre gains. Thomas was mortally wounded on July 2nd in the big advance and then brought to King George’s hospital where he died on the 10th July.

Given that he died in England he was buried in Hankerton church yard, his grave is still tended today. We also have the report of his funeral from the local paper. It reads:

“For the first time in many years – possibly for the first time – the village of Hankerton on Friday rendered honour to one of its “boys” who has fallen in the war and was brought back home for burial, viz Pte. Smith, son of Mr and Mrs William Smith of Hankerton Field Cottages. The banner of St George floated at half-mast on the church tower, and a good number of villagers assembled in the churchyard to witness the ceremony that was performed by the vicar, the Rev G.L. Hankey, the lesson being read by the Rev. W Sole, rector of Crudwell.”

Edgar Law was born in 1895, he had a twin brother called Cecil and lived in Dolmans Cottage, with his father Anthony, an Agricultural Labourer, his mother Mathilda, older brother Fred and younger sister Lily.

He was a Private in 2nd Battalion, Prince of Wales Leinster Regiment (Royal Canadians). Edgar was part of a later part of the Battle of the Somme, and died at the Battle of Deville Wood. Here the commander General Douglas Haig intended to capture the German 2nd position between Deville Wood and Bazentin le Petit. The attack was successful but costly. Both attack and counter attack went on for 7 weeks. It was the 3rd general attack in the battle of the Somme. He was killed in action on 25th August 1916. Edgar has no known grave and is remembered on the Thiepval Memorial to the Missing of the Somme battlefields that will be so central to 2016 commemorations. 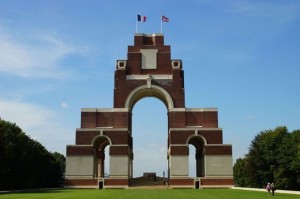 In October the Hankerton History Group will host a talk and film from Charles Vernon on the Battle of the Somme so keep watching this web site for details.